Today I am reviewing “The Children’s Game” by Max Karpov.

The CIA has learned that the Kremlin is about to launch a sophisticated propaganda operation aimed at discrediting and disrupting the United States and ultimately restoring Russia to great nation status. Intercepted intelligence suggests that the operation will hinge on a single, breaking news event in Eastern Europe, supported by a sustained campaign of disinformation and cyberattacks. Code-named the “Children’s Game”–a chess stratagem that leads to checkmate in four moves–it was probably conceived by a Russian billionaire and former FSB officer named Andrei Turov. For years Turov has been developing the infrastructure for a new kind of warfare that exploits weaknesses in western democracies and manipulates public opinion. His organization offers the Kremlin plausible deniability.

But the United States has its own secret weapon: Christopher Niles, a former CIA intelligence officer, who understands Turov’s ambitions and capabilities. It falls to him and his small team–composed of his journalist half-brother Jon, a special forces operative he would trust with his life, and Anna Carpenter, a resourceful US senator with deep roots in the intelligence community–to unravel Turov’s plot and restore truth to a world spiralling into chaos.

“Max Karpov has produced a cleverly conceived thriller that … captures perfectly the mentality of Vladimir Putin’s Russia … And, on top of it, the book is near impossible to put down. A must read.” – Michael Morell, Former Acting Director and Deputy Director, CIA 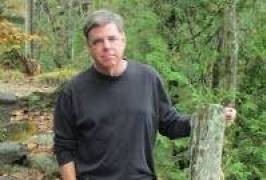 Max Karpov is a journalist and novelist who has written for The Washington Post and elsewhere. Max Karpov is the nom de plume of James Lilliefors, whose past fiction writing includes two critically acclaimed geopolitical thrillers, The Leviathan Effect and Viral, as well as the Bowers and Hunter mystery series.

I have to start this review by stating my LOVE for this book. OK, it’s is EXACTLY my kind of thing (give me an American political spy thriller any day of the week) but even so, I was hooked from the moment I started reading!

It has twists and turns and you think you are on the inside and know what’s going on .. and then you don’t. It has several different relationship dynamics (lovers/siblings/political/friendships/family/old war connections) and that’s great! The author doesn’t shy away from using acronyms and terminology which I loved and the other part of it is the fact that this could be true! I mean, it’s not because … well I can’t tell you or I will spoil something but it’s kinda scary to read this and know that a lot of what is said in the book is based on fact.

The characters are well written and even when you are following ‘the baddies’ you feel part of their lives and plans, and in a somewhat sympathetic way. I loved the relationships between all of the characters and finding out more about them as we go, but right from the start you feel like you know them and are invested in their adventure.

I am so grateful for being given the chance to read this book and want to say thank you to RABT, the Publisher and Author for the free copy – I shall most definitely be telling anyone who cares to listen about this book and have even bought 2 of his other books to read now off the back of this!